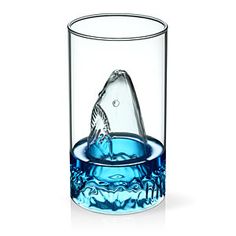 Courage and fear can go hand in hand – A sharks tale

I was recently asked to contribute to a new edition of Swimming with Smiles (http://altern8ives.com/) initially, I drew a complete blank for a story. Then one sunny winter’s day as I gazed out at the windswept sea with sea horses darting across the waves, it suddenly came to me.

At the tender age of 12 years I announced to my land loving parents that I was going on a sea quest and was going to swim the English Channel. My parents, especially my mum, were just about comfortable watching me swim from the seating balcony at the local pool. “Oh lovely dear” she replied, tapped me on the head and gazed at me with disbelief and a half smile – My retort was back in a flash, “I’m serious and before my 15th Birthday!” My parents were well acquainted with my strong will and had seen “the look” and now realised that this declaration was a serious one and would support me with what was needed. My mum in fact watched every sea swim from afar on cliff tops and beaches – she was a smoker and we used to joke that we could see her smoke clouds signalling us from the shore.

I was gifted growing up in Jersey with one of the best training grounds and Coaches. As I was a slip of a girl in those days my trainers knew I would need to be well acclimatised to cold waters.   The strategy was to “launch me” in the early hours before sunrise into the freezing cold dark waters.  Jumping in off a breakwater was usually the best rapid immersion.

I’ve always had a good imagination and this is a powerful resource; where human creativity and potential reside but it has its pit-falls.  We can misuse our imaginative brain and create fear and anxiety if we begin to reside in our head’s. So for me starting my swimming career in the 1970’s as JAWS the movies were being released created all sorts of images in my head. So the poor sea dwelling creatures became the target of my musings whilst spending long hours getting acquainted with the marine life and sea.

I bravely carried on, as in my young mind it was imperative my cover wasn’t blown, as I believed I could not share this with the World since any “wanna-be Channel Swimmer” must not have such fears. This became especially difficult as the sharks grew bigger in the sequels. I came up with a cunning plan – if I worried I would hum as I swam and close my eyes underwater. It worked and yes I reached my goal and swam the English Channel in 1979 aged 14 years.

I kept my secret until I was in my 40’s. I still haven’t had sharks to tea but have made my peace with them. What I have learnt and this is my message behind the story is that courage and bravery don’t mean an absence of fear. For me it’s about having a relationship with your fears and not avoiding them.